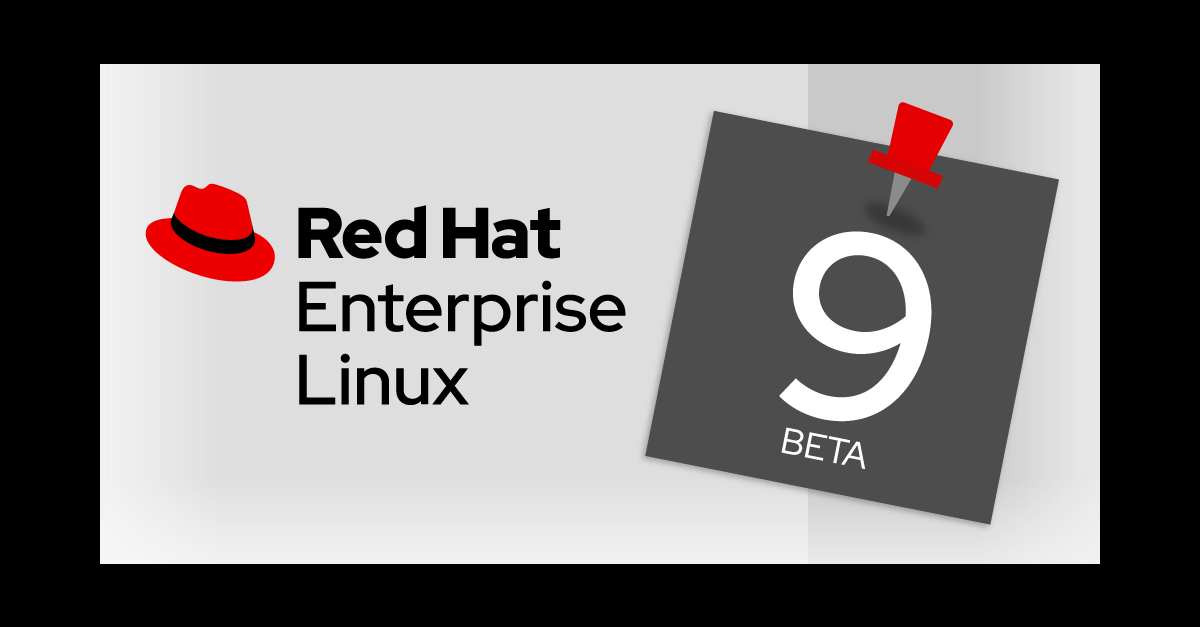 But, but … isn’t beta usually built from alpha?

Wasn’t the 9 supposed to have GA in late Spring? Plenty of time for beta then.

We should consider that Fedora ELN was the alpha release and CentOS Stream is a rolling beta release with GA in late Spring.

so let me clear up a few things. what was just released
was rhel 9 beta, not 9.0 beta. there is a difference. the rhel 9
beta is the beta for the major version, and really amounts to being
just a minor release before .0, so think 9.-1. it does not get
updates, it’s essentially frozen. it’s based on where centos 9 stream
was like 3 months ago. c9s is now representing 9.0 ga content, so
it’s further ahead than 9 beta.

r9.b is only stable in the sense that it’s frozen and
the bugs it has will stay as-is. c9s has a ton of bug fixes that r9.b
doesn’t have. many of the community contributed things we have now in
c9s missed the window for r9.b but are in c9s now so they can make it
into r9.0.

Thanks for this clarify point. As Carl George said, “9 beta is based on where the centos 9 stream was 3 months ago. C9s now represents 9.0 ga content.” CentOS X Stream should therefore be considered a continuous beta and release candidate for RHEL X.y.

I quickly saw this when building packages for CentOS 8 and Stream in COPR. The same packages built fine for CentOS 8 but sometimes broke in Stream due to a library update.

To my opinion, don’t use CentOS Stream for production but Rocky Linux instead

More importantly has anyone got it to work? I can install it, but during the first boot it jumps into emergency mode and nothing much works. CentOS stream 9 does the same thing. Up to now I haven’t bothered to look into what’s going on. All attempts were in VirtualBox 6.1.28 which works fine with RHEL 8/Stream 8/Fedora 34 & 35/Rawhide.

I was able to install it in VirtualBox 6.1.28.
I made some changes like EFI, Chipset, etc.

The latest CentOS Stream 9 beta is behaving for me now. I can get it to boot to the GUI without messing with any settings. Whatever it was, they fixed it.

Well what they call it doesn’t matter, it’s a beta. I couldn’t boot using the RHEL image and I don’t know when/if/how often it gets updated. The image I downloaded and got fully working with a GUI is CentOS-Stream-9-20211118.2-x86_64-dvd1.iso which has a date stamp a lot later than the original RHEL/Stream images I got which didn’t [for me] work at all. That image however works great without any fiddling around, it works out of the box so to speak, at least it did for me.

I got it from here:

Surprisingly, checking after some days of install.
I got updates when I did dnf upgrade.

You mean CentOS Stream 9 is updating right? Stream 9 does update, but as far as I know the RHEL Beta is a snapshot, despite being attached to a beta license (unless you installed EPEL which of course does update).

No, RHEL 9 Beta got updates.